Back in high school, Jack Cunningham (Ben Affleck) had everything for him. A basketball geek, he might have punched college tickets or even pros, but instead, he chose to step away from the game, giving up his future.

Jack’s glorious days were long gone… but as it turns out, not forgotten. Years later, he had the opportunity to regain his life when asked to coach a struggling basketball team at his alma mater. Reluctantly Jack accepts, no one is more surprised than himself, and as the boys begin to regroup and win, Jack can get the final blow to atone.

Release date: March 6
Cast: Ben Affleck, Al Madrigal, Michaela Watkins, Janina Gavankar
Director: Gavin O’Connor (The Accountant)
Why it’s great: Disciplined in his approach and unrepentant for his contradictions, Ben Affleck’s basketball coach in the crisis drama The Way Back is a sports film that understands the fundamentals. What it lacks in flashiness or dexterity – the underdog story of a shabby team making its move under the leadership of a gruff coach has achieved all the notes it needs. Hoosiers – it was offset by an eerily optimistic crafting technique. Small details, like frozen frames when the game’s scores pop up on the screen or the heavy music of the click-through percussion, accumulate emotional power during the movie’s fast runtime. As a former athlete with an instantly apparent alcohol problem and some potentially strategic personal demons, Affleck delivers a weary performance that resonates with his off-screen personality. He (and his recent tabloid headlines) in ways that are both clear and surprising. In a short, director Gavin O’Connor, who has directed intense melodramas similar to Miracle and Warrior, came up with a ultimate sports-movie tip of making you believe that character redemption is not. inevitable. Every win is a battle – even if you know the outcome in advance.
Prev Article Next Article 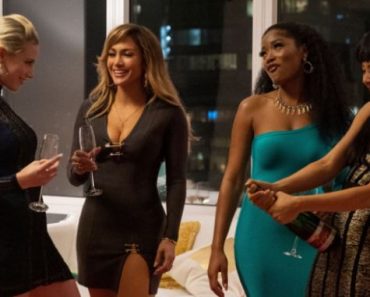